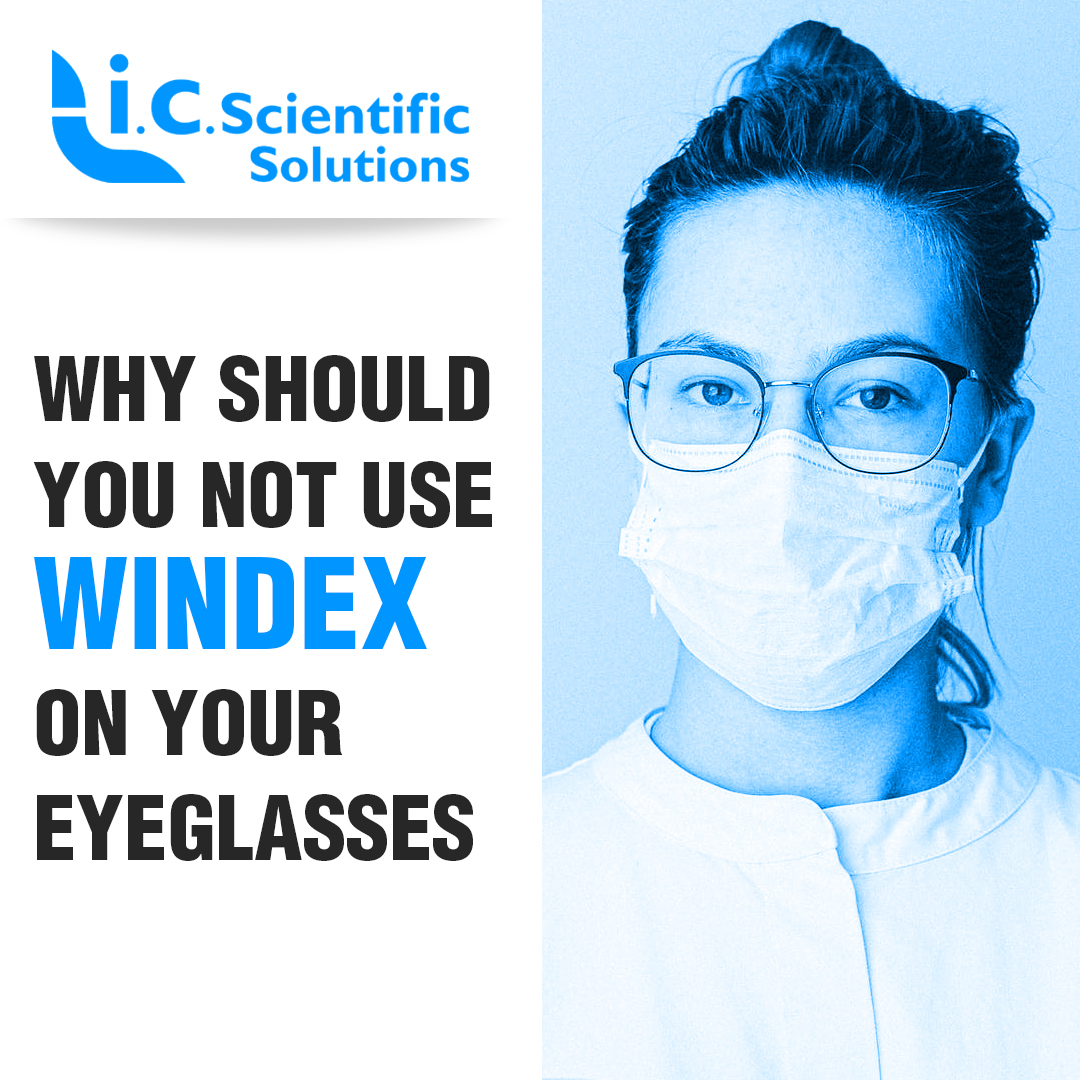 One of the questions we often get asked is why not clean our eyeglasses with Windex? After all, it does a pretty good job of cleaning windows! Well, there are many reasons why you shouldn’t use Windex to clean your eyeglasses, but the big one is that it can damage them. Windex includes chemicals that strip the protective coating off the lenses, which pretty much renders them pointless.

In fact, we’ve had many people show us how their eyeglasses were destroyed by Windex, which caused the coatings to bubble, making it impossible to see through them. The bubbling effect interestingly appears like scratches, making the lenses cloudy. That’s one primary reason why you shouldn’t use Windex on your eyeglasses. If you have a set of costly glasses, then you might need to invest in a new pair soon after. In other words, we’re trying to help you avoid an otherwise costly mistake. Unfortunately, many people have made this mistake over the years.

Windex Is Bad For the Eyes

Let’s say for argument’s sake that you have the cheapest eyeglasses on earth, with no coating whatsoever. You decide to use Windex, as let’s say, as an experiment to see how well it does cleaning smudges off the lenses. We’d maintain it is a bad idea and for two reasons. The first being that Windex leaves behind a thin coating on the glass, which isn’t exactly good for the eyes. That coating can cause light to distort, which means your vision isn’t perfect.

Speaking of the coating, it is water-soluble, which means if you start sweating or it starts raining, that coating can get off the glasses and into your eyes. Since the chemicals in Windex aren’t meant to be ‘eye-safe,’ they can cause everything from a mild reaction to you having to see a doctor. That’s probably another big reason why you wouldn’t want to use Windex.

Many Eyeglasses Aren’t Made From Glass Anymore

Most people may probably not know that the eyeglasses they are wearing have plastic lenses. Sure, it looks and feels like glass, but it’s plastic. That’s why despite having dropped your glasses multiple times, they haven’t shattered. While they do break and shatter, when enough force is exerted, they are made from plastic, which means that Windex can destroy them.

Windex contains 2-hexoxyethanol, sodium dodecylbenzene sulfonate, isopropanolamine, ammonium hydroxide (one of the main ingredients), and sodium dodecylbenzene sulfonate. All of these ingredients can have untold adverse effects on plastic lenses. Some people online have reported that Windex rendered their lenses opaque; other’s more outlandish claims are it made a hole in their lenses. Regardless, once again, Windex isn’t meant to be used on plastic regardless of its type, which is why it’s best that you use a dedicated cleaner for your glasses.

What Are Your Alternatives?

One of the best home remedies for cleaning glasses is to use dishwashing soap, but one with no additives. Many have additives like Oxy or something similar, which can destroy the lenses. Dishwashing soap helps to remove skin oils, which is often the hardest thing to remove, especially if you are using other types of cleaners; that’s why people try using Windex. However, dishwashing soap is the best option for removing oils from the lenses.

The drawback to using dishwashing soap is that sometimes it may have chemicals you’re not aware of, and that damages the glasses. Dishwashing soap isn’t meant or manufactured to clean glasses, so if something goes wrong, you can’t claim that it caused you unintentional harm.

Commercial eyeglass cleaners like the ones manufactured and sold by IC Scientific Solutions. The Iconic Clear Gel will safely clean all types of surfaces which include glass and polycarbonate. However, they are best used with coated lenses since they are the most delicate. The commercial cleaner is alcohol, film, and silicone-free, all of which can be disastrous for your glasses if included in the cleaner. Plus, it is non-toxic and non-flammable.

The Iconic Clear Gel is manufactured especially for eyeglasses, which treat the surface of all types of glasses, from ones with AR coating to hydrophobic lenses. The anti-fog gel does not interact with the substrate or damage it but instead coats it with a microlayer of active ingredients to create that anti-fog effect. In other words, it can be used by anyone on any kind of eyeglasses.

Commercial eyeglass cleaners like Iconic Clear Gel are affordable. Many people choose to use or even consider Windex because they have it around the house. It does not cost them much to buy a bottle, but it is harmful to your glasses. However, compare that to Iconic Clear Gel, which is easier to use, safe and does not cost much. A single bottle can be used 300 times, and you only need to use it once every 7 days on average. So, you’re looking at a single bottle lasting well over a year! Which, for most people, is a significant saving in the long-term and is risk-free.

Commercial cleaners are a dime a dozen, but even with them, you need to be careful. Choose the best possible commercial cleaner with excellent reviews. Glasses cleaners like Iconic Clear Anti-Fog Gel have been tried and tested for several years. It has many positive reviews and is far better than using a window cleaner. Furthermore, a single bottle will last you a very long time.  It does not expire, so you can buy a lifetime supply of it for a few dollars too. All of which should steer you away from even considering using Windex or dishwashing soap mainly because of the risk involved with using these solutions.

How Dirty are Our Cell Phones

How to Clean Your Cell Phone Screen? 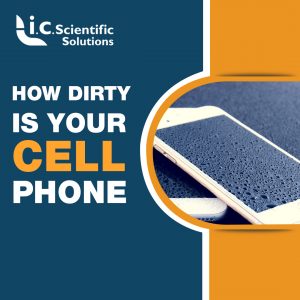 How Dirty are Our Cell Phones

Find more details on how dirty our cell phones are and can they can cause. Leanr how often we should clean them and how to clean them properly. 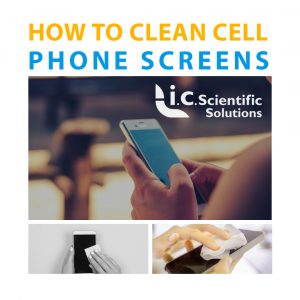 How to Clean Your Cell Phone Screen?

Learn step by step how to clean your smartphone screen and other tips and tricks that will help you keep it clean. 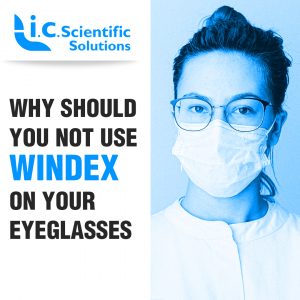 One of the questions we often get asked is why not clean our eyeglasses with Windex? After all, it does a pretty good job of 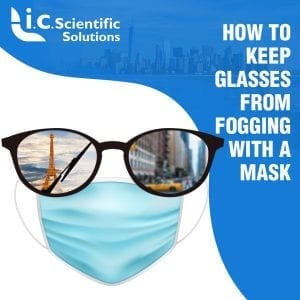 How to Keep Glasses from Fogging With a Mask

Thanks to COVID-19, we are all required to wear a mask. And while most people have no problem with it, those with glasses complain of 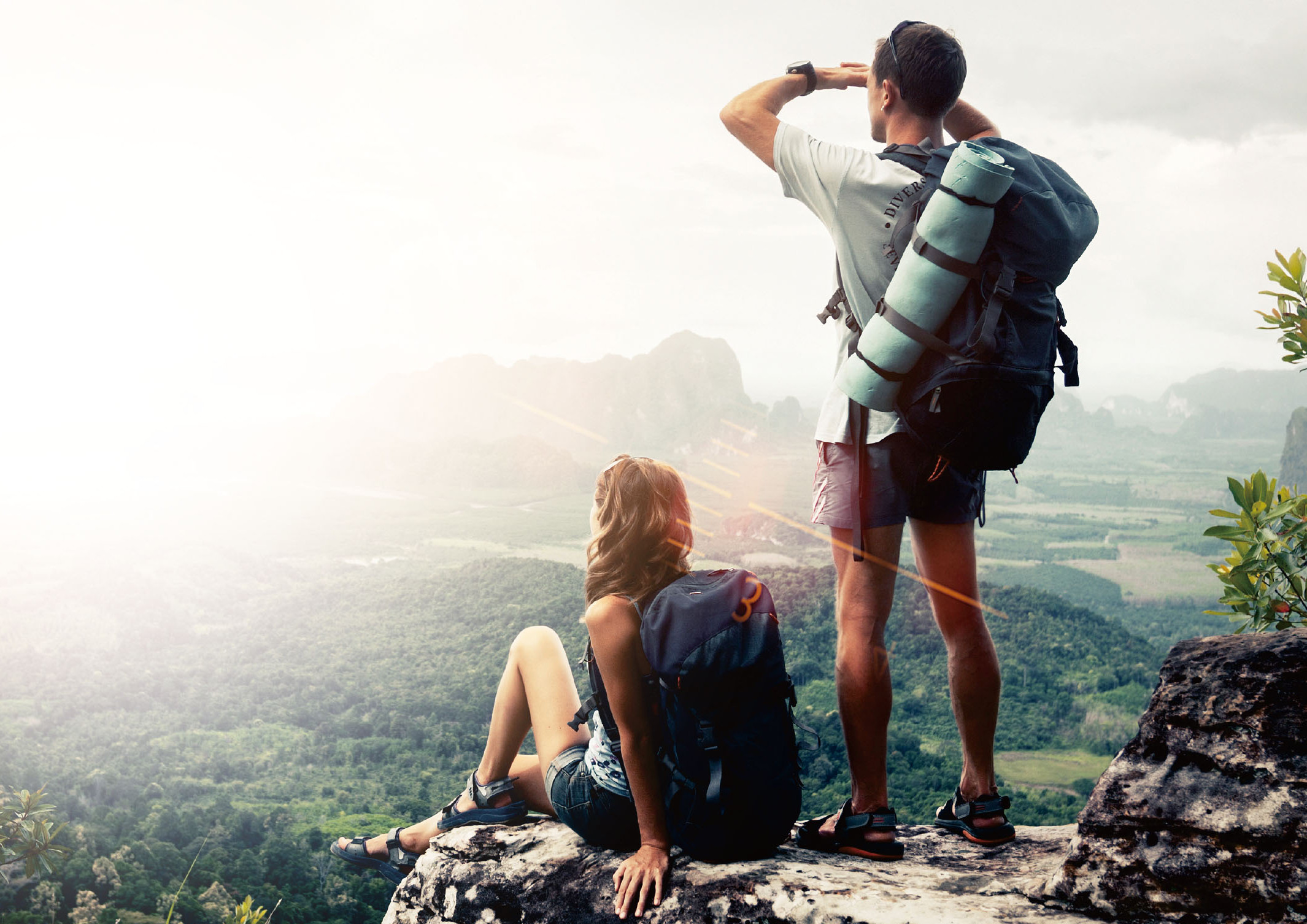 Formulated to effectively protect lenses from all types of fogging caused by cold, high humidity or sudden temperature changes. Safe for all surfaces, including polycarbonate